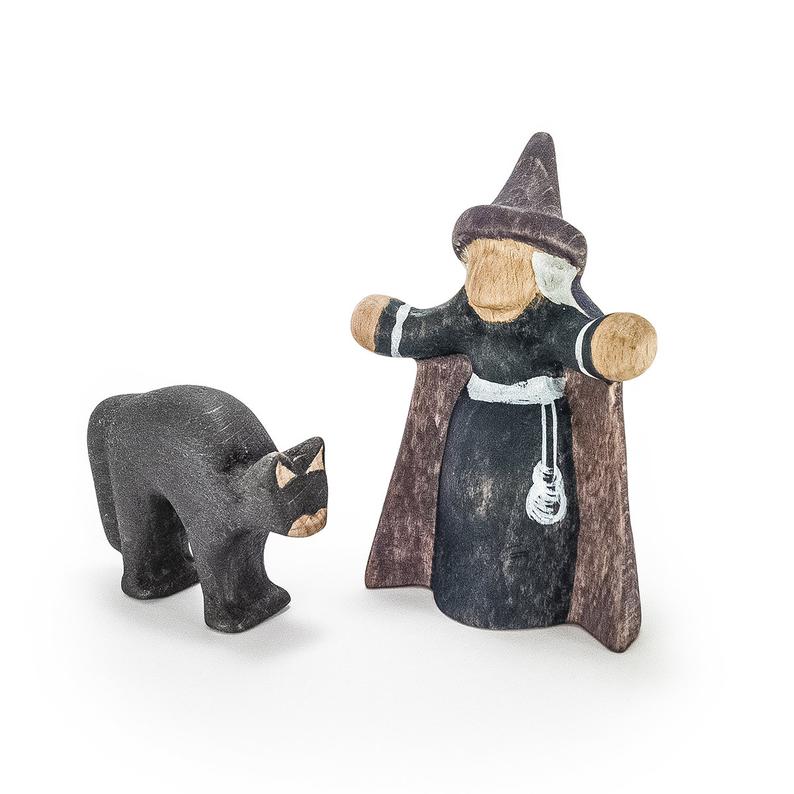 Halloween is coming, so we have started thinking about scary stuff.

Many parents are now planning their home’s Halloween decorations, preparing costumes and shopping for themed gifts for their children – pre-tasting the thrill they hope to get from the celebration.

At the same time many parents are terrified by the darker aspects of some classical children’s tales, editing stories while reading to their children or giving such stories up entirely.

As we know from the story of Gautama Buddha, it is impossible to shelter children from the darker aspects of reality forever. Evil does exist, and sometimes it comes in attractive forms as we have learned from tales like “Hansel and Gretel”. In all parts of the world people have inherited folk tales that teach children about evil – that it exists, that it should be defeated, and how it can be defeated. Children crave for meaning and solace, so they are fascinated by such stories and often incorporate them into their play.

Rather than learning the hard way, many of us have learned through stories that sometimes we can’t avoid interacting with evil’s manifestations, that sometimes we don’t have the power to defeat them on our own, so then we have to trick the monsters (give them candy?), to outsmart them or invoke powers outside us to help us. We should be careful though with whom we side and what means we use to solve a problem. We have learned that it is not a good idea to side with evil or give in to the temptation to identify with it – we have seen some lovable characters move to the dark side.

How do we teach children about ambiguity?

As adults we know that there are ambiguous situations, but how do we teach our children about ambiguity? There are ambiguous folklore and fiction characters, as well as ambiguous traditions. Sometimes, even we, adults, do not fully understand their meaning, too often because we do not know their roots.

For most people today it is a modern day secular carnival tradition. People decorate their porches, houses and workspaces with spooky characters and symbols. Some of them dress up and get into the shoes and clothes of scary creatures. Children go from door to door, saying “Trick or treat!” and collect candy. Even adults have started dressing up and joining in. It looks like harmless fun.

There used to be times though when Halloween was so dangerous that some US cities considered banning it – when it was mainly celebrated by grown up pranksters and could get really destructive indeed.

So how harmful or harmless could celebrating Halloween be?

Others say that it is absolutely harmful because it constitutes invoking and manifesting evil principalities.

Still others are more nuanced about it, looking deeper into Halloween’s roots and its symbolic meaning.

They remind us that Halloween’s name comes from a Christian (Catholic) tradition, and it is related to the first day of a three-day celebration: All Hallows’ Eve, All Saints’ Day, All Souls’ Day. Other Christian denominations celebrate all saints and all souls, too, albeit separately and on other days.

“Hallows” is an archaic word that stands for “saints”, so obviously the main focus of this death-related three-day celebration is the saints. Known and unknown martyrs and saints are all part of the Church (the community of all Christians, dead and living), and they are celebrated because they led exemplary lives and after their death play the role of intermediaries who represent the people praying to them (Christian or not) in front of God, asking for heavenly support.

All dead are commemorated too, and rituals and prayers are meant to help them, especially those who have not made it to Heaven.

Even though Halloween has overtly Christian roots, there is something older, pre-Christian beneath – the Celtic festival of Samhain – when people would light bonfires and wear costumes to ward off ghosts.

It seems that both Christian and pre-Christian traditions teach us that evil exists and we should somehow ward it off. They differ about the means, though. There are two ways – one way is to invoke the help of good – pray to the saints, to God, and the other way is to use evil to fight evil – by using its symbols or dressing up like it.

Some people (and older stories) teach us that using evil to fight evil is risky, and the biggest risk is to get carried away, go over the line, identify with the evil that temporarily gives us power. Aestheticizing evil, presenting it as “cute” makes it easier to get oneself into this situation. We are fascinated by our ambiguous Slavic character – the witch called Baba Yaga, but we never forget that we cannot be sure if she will help us or eat us.